Understanding your own limitations is critical for any drone flight. Recently I was hired to fly a one-day event located in the heart of the city. Since this was a one-time thing, there was no ability to cancel and shoot another day. We had to make use with what we had. On this particular shoot the crew consisted of a spotter/camera operator and myself (PIC). Preconditions leading up to this flight: It was HOT! On the surface of the black pavement temperatures were hastily ri

The FAA has announced a new list of rules for both commercial and hobbyist UAS operators, which can be found HERE. In the most basic terms, the FAA has made it a lot easier to become a commercial drone operator. Before part 107, the lengthy list of rules made it so that at least one person in the company had to be an actual pilot. The FAA has taken back that restriction and now there are two different sets of requirements for both first time pilots and existing pilots. To get 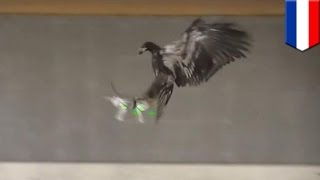 You are a police officer placed on surveillance of a large concert. Your commanding officer tells you to make sure there are no drones flying above the crowd because they are a liability risk. On your patrol. you see a drone rise above the crowd. What are your options? Shoot it down? This will only scare the people and most likely send shrapnel plummeting into the crowd. Perhaps you could tussle through the audience in hopes to find the operator? This could take forever and t